Our experts will reply you very soon.

Overview Of The Clay Bricks And Their Subtle Importance 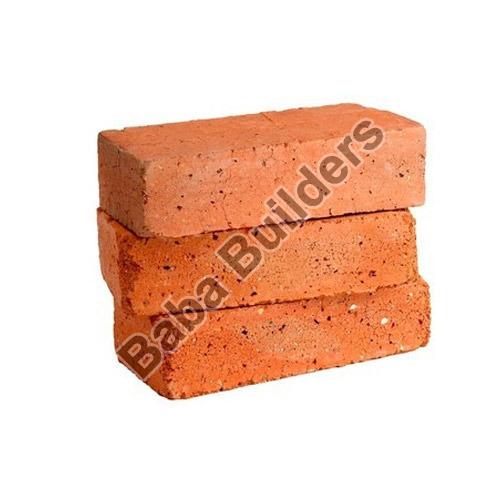 There are three basic needs of the human being named food, clothes and shelter, and without them, survival is very hard and beyond imagination. Talking about the shelter there are certain things used in the construction of the house and the very fundamental of them are the bricks.

These are the cuboid-like structures made up of clay which is dried and fired respectively to give the required strength and the porous structure to create optimum friction. Clay is the basic raw material in which subtle other components like stones, pebbles, saltpetre and organic matter in less fraction are added to get the best possible end result.

Bricks are the most fundamental element in the construction of structures from the time immemorable and are widely used to build walls, parapets, roofs, gardens, pavements, facades and so on. There are hardly any good alternatives to the clay brick which deliver the features it does.


Qualities Of the Clay Brick

There are several qualities of the clay brick and some of them are certainly mentioned below:


High Strength: One of the most impressive features of clay bricks is that they are very high in strength leading to long-living and reliable structures. Their compactness and compression are laudable for construction the of unshakeable structures. Not to mention the bricks must be tested particularly as it depends significantly on the source and suppliers of the brick that to what degree the bricks are burnt or the quality of clay used for the same.


Optimum Frog Depth: Another considerate benefit of the clay brick is that they have a suitable frog depth of approximately 10mm which makes it convenient for the concrete and cement to settle and fill up appropriately for large and stable constructions.


Fire and Weather Resistance: The prime requirement of the construction material is to be rough and tough in such a way that it can resist all the hampering possibilities. Not to mention that the clay bricks are highly resistant to fire and unfavourable weather events like wind, rain, storms and so on.


Cost-effective: These clay bricks are highly economic and affordable in nature, especially when compared with concrete bricks and other available options like stone plates and so on.


Optimum Dimensions: The dimensions of the bricks or any other fundamental structure play a lot and cuboid structure not only makes it stable but also gives the fundamental base from the very initial stage itself.


Biodegradable: Another favourable feature of the clay bricks are they are easily mixed in the earth when required without harming the environment in any manner as the very source of its construction is the earth itself.


So, it is crystal clear that clay bricks are the best possible options available for the construction which not only gives the optimum protection and strength to the house but are also very affordable when compared to other options. Hence, look for the finest clay brick supplier in India who does not settle in terms of quality and provide the same at the most competitive prices.

This entry was posted on September, 09, 2022 at 18 : 17 pm and is filed under Clay Bricks. You can follow any responses to this entry through the RSS 2.0 feed. You can leave a response from your own site.