Our experts will reply you very soon.

Everything You Need To Know About River Sand Like Yamuna Sand 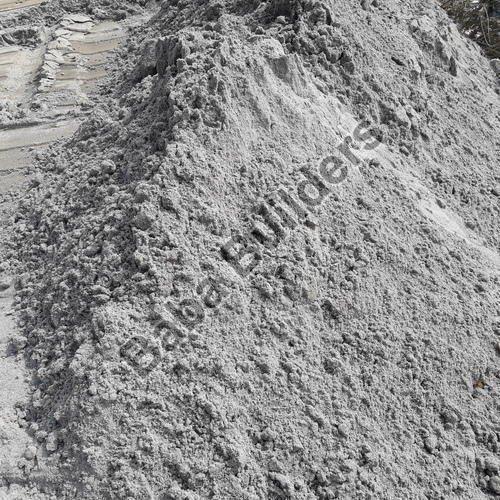 When it comes to the matter of effective and rigid construction, the effectiveness and importance of sand are indescribable. Being used as one of the major and primary ingredients of any construction work, sand is utilised for making the foundation, walls, roofs, columns and extensive finishing works.


The main function of sand is to provide stability, rigidity and bulkiness to the elements like mortar, asphalt, cement and concrete. There are miscellaneous categories of sands available in the market such as concrete sand, pit sand, fill sand, M-sand utility sand, and natural or river sand.


All these sands have distinct qualities which make them accurate for different construction works. Out of all these categories of sand, we would discuss multiple facts about the river sand such as the Yamuna sand and its boons and bans.


What Is River Sand?

As the name implies, river sand is a special sort of sand that is collected from the river banks or river beds. This is natural sand and is made on its own on the banks of the river. The sand that is found on the banks of the Yamuna river is known as the Yamuna sand. Since river sand is developed and found naturally, this category of sand can be found easily in the market.


The river sand is angular and cubical in shape and possesses an uneven and dry texture for which it blends well with the other elements of mortar and cement, and helps any construction to be extremely strong and stable.

River sand-like Yamuna sand is mainly utilised as a fine element in a concrete mix which is the main component that is utilised for the construction of beams, columns, slabs and many more. Due to these highly beneficial properties, the demand for river sand such as Yamuna sand is increasing day by day.

As we stated before the river sand is a naturally grown element for which it is used extensively in several construction works. Below are some of the major benefits of river sand like the Yamuna sand which make this sand worth using in any sort of construction.

The very first advantage of river sand is none other than its 100% naturally development property. River sand such as Yamuna sand is developed on its own on the river banks or river beds and is collected from there by most of the Yamuna sand suppliers in India. Therefore, it's 100% natural and free from any additives that can affect the efficacy of any construction.

Since river sand is 100% natural, it is highly available everywhere. For this incredible availability, river sand is a most preferred and largely used element of different construction works.

The next major benefit which makes the river sand worthwhile is none other than its less expensive nature. Since river sand is a naturally grown product, it is cheaper than the other sand options like M-sand, pit sand, concrete sand and many more.


So these are some of the major advantages of river sand such as the Yamuna sand. Though developed 100% naturally and used on a large scale, river sand does possess some disadvantages too which are cited below.

● The transportation cost is much higher than the other sand options of the river is situated far away from the factory.

● Ricer sand requires more cement than the other sand options for making an efficient concrete mix.

● River sand includes higher silt and clay content for which the setting time is decreased and the chances of dampness also get increased.


So these are some of the considerable facts about the river sand such as the Yamuna send which is a prominent option for developing concrete, mortar, brick fillings and block joints.

This entry was posted on July, 19, 2022 at 11 : 59 am and is filed under Yamuna Sand. You can follow any responses to this entry through the RSS 2.0 feed. You can leave a response from your own site.